This is the default dialog which is useful for displaying information. The dialog window can be moved, resized and closed with the 'x' icon. 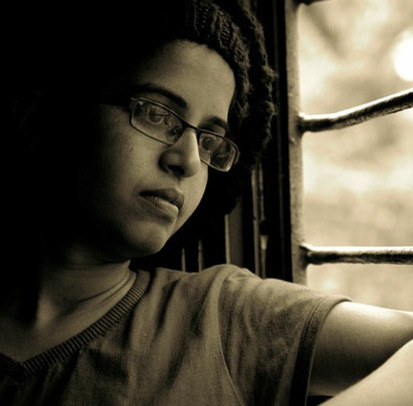 Louisiana uses the "income share" method for calculating child support payments, which is designed to ensure that both the custodial and non-custodial parents contribute to their child's upkeep.

In the event of parents sharing custody of a child, the Louisiana judge who sets child support may deviate from the basic child support formula to account for this. Other special situations accounted for under Louisiana's child support law include childcare costs and extraordinary medical costs. These costs may be additions to the basic Louisiana child support order.

What Constitutes as Gross Income When Determining Child Support?

The income from any source, including but not limited to salaries, wages, commissions, bonuses, dividends, severance pay, pensions, interest, trust income, recurring monetary gifts, annuities, capital gains, social security benefits, workers' compensation benefits, basic and variable allowances for housing and subsistence from military pay and benefits, unemployment insurance benefits, disaster unemployment assistance received from the United States Department of Labor, disability insurance benefits, and spousal support received from a preexisting spousal support obligation; Expense reimbursement or in-kind payments received by a parent in the course of employment, self-employment, or operation of a business, if the reimbursements or payments are significant and reduce the parent's personal living expenses.

Child support can be arranged out of court by a mutual support agreement between the parents, or can be decided in Louisiana family court through a child support order. In Louisiana, a number of factors are taken into account when determining the amount of child support to be paid in court. Here is an explanation of the two most common methods used to calculate basic child support amounts.

Under the income share model, the court uses economic tables to estimate the total monthly cost of raising the children. The non-custodial parent pays a percentage of the calculated cost that is based on their proportional share of both parents' combined income.

Louisiana does use the income share method to calculate child support

How does having shared custody of the child affect child support in Louisiana?

All states have a method of modifying the amount of child support owed in cases where the custody agreement provides for joint or shared custody of a child between both parents.

How are extraordinary medical costs treated by child support in Louisiana?

Louisiana has specialized guidelines for the sharing of a child's extraordinary medical care costs that are separate from, and in addition to, basic child support payments. Extraordinary medical costs are generally costs generated by things such as illness, hospital visits, or costly procedures such as getting braces.

How are child care costs treated by child support in Louisiana?

Due to the high costs of child care for a single payment, Louisiana has specialized guidelines that consider child care costs separately from the general costs of raising a child for the purposes of calculating child support payments.

While the state of Louisiana has no explicit requirement for college expenses to be covered under child support, support for college expense by the non-custodial parent may be voluntarily agreed to by both parties, after which it is contractually enforceable.

How is child support enforced in Louisiana?

What are child support arrears?

How are child support payments taxed in Louisiana?

A. Basic principles. The premise of these guidelines as well as the provisions of the Civil Code is that child support is a continuous obligation of both parents, children are entitled to share in the current income of both parents, and children should not be the economic victims of divorce or out-of-wedlock birth. The economic data underlying these guidelines, which adopt the Income Shares Model, and the guideline calculations attempt to simulate the percentage of parental net income that is spent on children in intact families incorporating a consideration of the expenses of the parties, such as federal and state taxes and FICA taxes. While the legislature acknowledges that the expenditures of two-household divorced, separated, or non-formed families are different from intact family households, it is very important that the children of this state not be forced to live in poverty because of family disruption and that they be afforded the same opportunities available to children in intact families, consisting of parents with similar financial means to those of their own parents.

(1) The Incomes Shares approach to child support guidelines incorporates a numerical schedule of support amounts. The schedule provides economic estimates of child-rearing expenditures for various income levels and numbers of children in the household. The schedule is composed of economic data utilizing a table of national averages adjusted to reflect Louisiana's status as a low-income state and to incorporate a self-sufficiency reserve for low-income obligors to form the basic child support obligation.

(2) In intact families, the income of both parents is pooled and spent for the benefit of all household members, including the children. Each parent's contribution to the combined income of the family represents his relative sharing of household expenses. This same income sharing principle is used to determine how the parents will share a child support award.

C. Definitions. As used in this Part:

(b) At the court's discretion, amounts paid on behalf of a party's minor child who is not the subject of the action of the court.

(b) Expense reimbursement or in-kind payments received by a parent in the course of employment, self-employment, or operation of a business, if the reimbursements or payments are significant and reduce the parent's personal living expenses. Such payments include but are not limited to a company car, free housing, or reimbursed meals; and

(c) Gross receipts minus ordinary and necessary expenses required to produce income, for purposes of income from self-employment, rent, royalties, proprietorship of a business, or joint ownership or a partnership or closely held corporation. "Ordinary and necessary expenses" shall not include amounts allowable by the Internal Revenue Service for the accelerated component of depreciation expenses or investment tax credits or any other business expenses determined by the court to be inappropriate for determining gross income for purposes of calculating child support.

(d) As used herein, "gross income" does not include:

(ii) Per diem allowances which are not subject to federal income taxation under the provisions of the Internal Revenue Code.

(iii) Extraordinary overtime including but not limited to income attributed to seasonal work regardless of its percentage of gross income when, in the court's discretion, the inclusion thereof would be inequitable to a party.

(v) Any disaster assistance benefits received from the Federal Emergency Management Agency through its Individuals and Households Program or from any other nonprofit organization qualified as a tax-exempt organization under Section 501(c) of the Internal Revenue Code of 1954, as amended.

(4) "Health insurance premiums" means the actual amount paid by a party for providing health insurance on behalf of the child. It does not include any amount paid by an employer or any amounts paid for coverage of any other persons. If more than one dependent is covered by health insurance which is paid through a lump-sum dependent-coverage premium, and not all of such dependents are the subject of the guidelines calculation, the cost of the coverage shall be prorated among the dependents covered before being applied to the guidelines.

(a) Actual gross income of a party, if the party is employed to full capacity; or

(c) The court may also consider as income the benefits a party derives from expense-sharing or other sources; however, in determining the benefits of expense-sharing, the court shall not consider the income of another spouse, regardless of the legal regime under which the remarriage exists, except to the extent that such income is used directly to reduce the cost of a party's actual expenses.

(6) "Medical support" means health insurance and the payment of the medical expenses of the child.

(7) "Net child care costs" means the reasonable costs of child care incurred by a party due to employment or job search, minus the value of the federal income tax credit for child care.